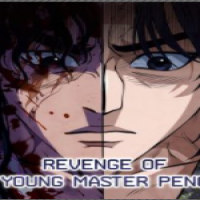 Revenge Of Young Master Peng is a Manga/Manhwa/Manhua in (English/Raw) language, Action series is written by Mjet Family This Comic is About
Habuk Peng Family’s best strength, Peng Jihyuk heads to the Nakho Region to save his family that fell into destruction due to the attack of the Demon Sect, but everything was a trap. At the moment of death, he felt the wrath of being the only one left from his beloved family. ‘Again…if you give me a chance…!” Peng Jihyuk, who thought he was dead, woke up in the body of Young Master Sa, of the Peng Family.

I’m an archer, an unpopular job, but I’m doing okay