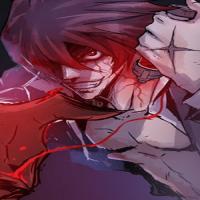 “Vampires” and “humans” have been fighting for a long time. Two tribes, tired of long unknown fights, tacitly enter into a truce. It is a foreign truce that stands for a truce but the fact is that we are secretly looking for weapons that can destroy each other!

‘Red’ caught in an explosion by a meteorite crash will survive with a ‘bloodstone’ in his head …?!

Let Me Fall Be Brilliant

The Duchess Has a Deathwish

Lips On The Tip Of a Knife