I Was Raised By The Boss 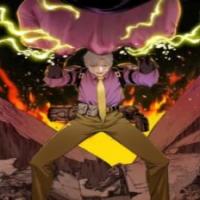 The MC accidentally entered a hidden boss lair when he was younger, and in the midst of corpses, he was found by the hidden boss and got adopted by him. The boss sees the MC as a toy at first, but as time goes by, looking at the interaction between the cruel boss and the young boy…they somehow seemed like a family?!
I was beaten up by the BOSS

The Kind Older Sister Is No More

Me, a Saint? Nay, I am a Villainess! ~Therefore, I shall have the honor of preventing this TPK~