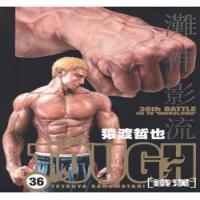 This is a mixed martial arts fighting manga about the Miyazawa school of martial arts. Initially, it is about Kiichi trying to heal his father after he was nearly killed by his brother Kiryu. But then it goes on to be less about that as his father recovers and some tournament style fighting begins. At that point various apparently overwhelming opponents will encounter Kiichi on his way to the top. The objectives of the various characters start to play a more and more important role, as well as the different philosophical projections of several martial arts and disciplines.

Hai to Gensou no Grimgar

I am Han Sanqian

The Rebirth of an 8th-Circled Mage