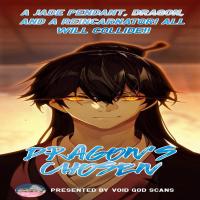 Dragon’s Chosen is a Manga/Manhwa/Manhua in (English/Raw) language, Action series is written by 暂无 This Comic is About
In a mission to find cultural relics, the greatest soldier of China was dispatched. But however, while Lin Yuntian got ahold of the Divine Jade pendant, a grenade exploded nearby and he died. Only to have his soul transmigrate into the Tian Continent, and posess the body of the deceased prodigy also named Lin Yuntian. With the dragon’s soul along with his mysterious Jade pendant, he’ll cultivate the supreme cultivation art, pay back his grudges, and be the greatest person in the world!

The Strong, The Few, True Cultivators on Campus

I Became the Beastman’s Wife

To possess the Heavenly Body

Even Ten Thousand Deaths Will Not Stop Lu Qianqiu