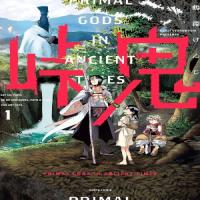 In ancient times, there existed the land of Wa, split between the reign of the gods and the world of man. It was an age when gods and men existed together.

Miyo, an orphan girl, lived in fear of death as the designated sacrifice for the ruler of her village, Kippuuson-no-Mikoto-no-Kami. However, her fate changed as she encountered En no Ozuno, a monk with supernatural abilities capable of conversing with the gods.

An orphan girl, a great monk, and a demon boy. Follow their adventure as they encounter the gods, traveling through even dimension and time.

The Return Of The Heavenly Sage

Return of the 8th class Magician

My Roommate Isn’t From This World