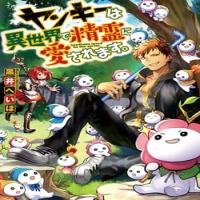 Instead of helping a child who was going to be run over by a truck while leaving a school one day, he loses his life. When Manai Zero that should have died wakes up, it is a vast library. To be given a mysterious skill called “a person loved by a spirit“ to a librarian-style brother who is God, to be incarnated in the fantasy world …. In the forest of another world forcedly sent from God, pretty little dolls appeared in front of Zero where the situation has not been well grasped yet. Reincarnation Yankee who brought in a lot of dwarfs, popular warmth fantasy that sweeps the other world, a long-awaited comic carnation!

Starting From Today I’ll Work As A City Lord