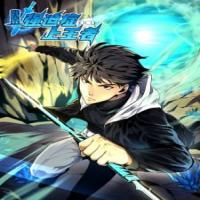 High school student, Yin Yongtian, has OCD. He got on the wrong side of a bully after His OCD interrupted his proposal.
He was almost beaten to death, But he activated-The my Compulsion, your Compulsion system!
The protagonist, Yin Yongtian, has no interest in cultivating, but due to constant reminders like “Unfinished Notification Mission” “Almost Full Skill Proficiency” and “Extremely Irregular Hexagonal Panels,” he makes his compulsion even stronger!
Relying on his skills that are a hundred times more powerful than ordinary people, home and his friend’s adventure to the dungeon world- and his compulsions set him on the path to becoming a king.