When My Bloodline Was Destroyed, I Became Invincible 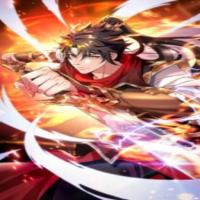 When My Bloodline Was Destroyed, I Became Invincible Average 3 / 5 out of 2

When My Bloodline Was Destroyed, I Became Invincible

Qin lie, brought up in a Yun province household, was the first one out of the four great clans who awakened the raging flames bloodline. His childhood friend Yun Xi, came to be jealous of him, which resulted in his step father taking away his bloodline and abolishing his cultivation, but unexpectedly, he obtained the inheritance of the Origin Celestial and embarked on a journey of supreme honor spanning over three thousand worlds, absolutely invincible.

Anecdotes about Spirits and Immortals

Leveling Up My Husband to the Max

Back to the city: the strongest investment king

Atelier on the Sunflower Hill