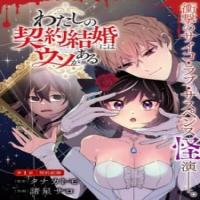 There Is a Lie in My Contract Marriageわたしの契約結婚にはウソがある

Yoko Moji was a woman desperately broke and out of work. When she was told she was too ugly to sell her body at a brothel, she decided to commit suicide by jumping off a bridge. But she was saved by a handsome gentleman named Kan Kirihara. He asked her, “If you were planning to die anyway, marry me instead.” In exchange, he wanted Yoko to get plastic surgery. Suddenly, Yoko found herself happily married with a seemingly perfect life. But there was a secret behind her new face that was created by the surgery.

The Druid Genius Is Too Strong

Herscherik R – The Epic of the Reincarnated Prince

Tales of Sarimin the Jinn

To Aru Kagaku no Railgun