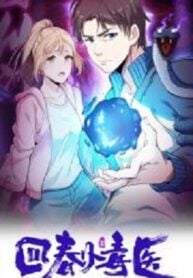 “With his powers, he cures people from the venom inside their bodies as well as the venom of society.” A college student returned to his hometown to start a chicken farm, but it’s not going well. He finds a jade figurine which bestows him martial abilities and lets him see inside people’s bodies.

The World After the Fall