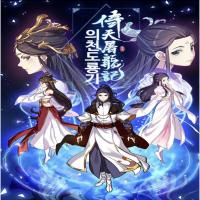 Uicheon Doryonggi is a Manga/Manhwa/Manhua in (English/Raw) language, Manhwa series is written by Updating This Comic is About
At the end of the Yuan dynasty, a legend is handed down that “the one who possesses the invincible weapons ‘Uicheon Sword’ and ‘Doryongdo’ gains control of the world and rules the world.” It starts with the story of Jang Mu-gi’s parents, Jang Chi-san and Eun So-so, and depicts the conflict and growth that unfolds in the process from how young Jang Mu-gi witnessed the tragic end of his parents and sharpened the blade of revenge to become the headmaster of Myeong-gyo. made work.

The Elf And The Hunter’s Item Atelier