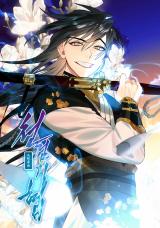 Thousand Sword Techniques Average 5 / 5 out of 3

[From the author of Wandering Warrior of Wudang]

There are people in the world that thinks they are the ‘chosen’ of the heavens. It’s been decades since chaos and strife among heroes ensued because of those people. A certain disciple who has six masters has been entrusted with the fate of the central plains. “If you guys are the heavens, then I’m the sword that’ll pierce the heavens.” That was what he’d resolved to do… No one mentioned he was a fatty, though! In any case, now that he’s here, he’ll need to save the… world… Damn it, lose some weight first.

The King of Fighters: A New Beginning