This World Is Way Too Dangerous 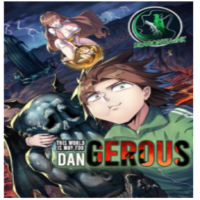 After being sent to a different world called “Earth” by the elder with a grin, Gu Yun discovered that peace and stability were only the appearance of this world. There were many evil spirits and demons everywhere. When the twisted evil spirits appeared in front of him, Gu Yun finally found the feeling of returning home. As a result, an urban legend that made countless evil spirits worry in the day and sleepless at night was born!

The Descent Of The Patriarch

Love You Beyond My Thought

The Trainee Starts By Splitting Bricks With Bare Hands