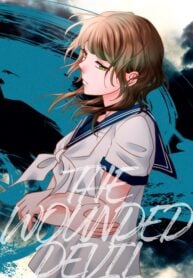 Mai Kasai was part of a group of girls that brutally bullied fellow classmate Shino during middle school. Though she never directly bullied Shino, she watched her friends do the torture that forced Shino to transfer schools. Due to her father’s work transfer, Mai transfers from her high school in Tokyo to a school in the countryside.

Although Mai thinks she can have a fairly easy school life by manipulating the classroom hierarchy, her days are ruined when she finds out Shino is her new classmate. Now with a passion for revenge, Shino and Mai switch places, with the former becoming the mastermind, and the latter becoming the victim in bullying hell.

The Strong Man From The Mental Hospital

Help! I Had Transmigrated and My Snake Husband Pampered Me Too Much