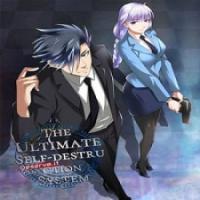 The Ultimate Self-Destruction System Average 3.4 / 5 out of 7

A catastrophe known as “Death Crash” struck the earth in 2020. Survivors rule the game, and losers are erased. Jacob Wei, a senior player, happened to fail despite surviving many rounds. Surprisingly, he was taken back to the beginning of the crash and was reborn with the incredible Self-Destruction System. Now he earns points from his stupid and perverted acts, triggering self-destruction in order to be reborn. Each revival makes him stronger. Thus unfolds the story about how he starts over and makes his way to the top.

The King of Fighters: A New Beginning