The Comic Changes My Destiny 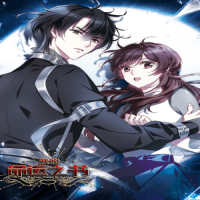 When the book of destiny can portray and change the future, when the characters in the pen become a living reality, the comic world and the real world overlap! Ordinary female college student Luo Youzhen is about to experience an unprecedented experience, and embark on an adventure journey… A hidden cartoonist, a cartoon character with abilities, a hegemonic young man next to him, a mysterious female killer, who represents justice Who is evil? The comic legend that crossed the dimension opened!

National School Prince Is A Girl