Lord Of The Abyss 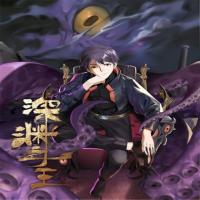 Lord Of The Abyss is a Manga/Manhwa/Manhua in (English/Raw) language, Action series is written by Updating This Comic is About
Jiang Mingyu, who obtained mysterious powers in an accident, embarked on the road to upgrade the abyss system, and became a player in order to obtain a better life for his family. Faced with many challenges in the player’s career, he found that the beginning of all this was not an accident, but an arrangement of fate in the underworld.

Training With The Demon King