Let’s Aim for the Deepest Part of the Otherworldly Labyrinth 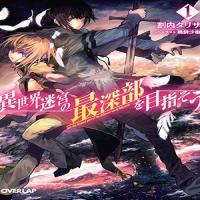 Let’s Aim for the Deepest Part of the Otherworldly Labyrinth Average 4.8 / 5 out of 10

Kanami, a young man that strayed into another world and suddenly awoke in a dark corridor is nearly killed by a demon and humans. Then preferring to use the status and skill systems Kanami aims for the deepest part of the Labyrinth. The skill [? ? ?] consumes his emotions, and he befriends some unusual people, but while his spirit wanes in the other world’s Labyrinth he refuses to give up on returning to his original world.

“I’ll absolutely save you. Hence I will–!!” Aikawa Kanami awakes in a corridor he has no recollection of, the wound he received from a goblin is cured by a pretty girl called Lastiara, and he learns that he’s in a different world that’s exceedingly similar to a game. Kanami makes into his weapon the hearty welcomed status and skills, and with a pretty girl Dia plunges forward towards the deepest part of the labyrinth that’s rumoured to “grant any wish”–. This is a story of a boy who exposes the deepest part (truth) of the labyrinth and fulfills a wish.

Song of the Night Walkers

The Sword Of Dawn