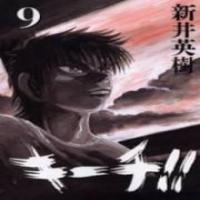 Left to himself at an early age in the slummiest parts of today’s Japan, Kiichi learns how to survive on his own. As a teenager, how can he adapt to a society whose rules he rejects? Unless he creates his own rules… Just like in The World Is Mine, the other series by Hideki Arai, the satirical author levels a violent and exhilarating accusation against the contemporary hypocrisy and stupidity with a malevolent jubilation. Kiichi, a raw icon of strength and integrity, stands alone against the world’s injustice and becomes an unforgettable character. –Angoulême Festival Catalog 2007 (Official Selection)