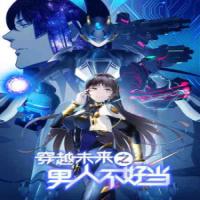 In order to inherit his father’s military merits, he began his tragic growing story.

It was difficult to reach adulthood, and she was free to choose her future marriage.

However, she was thrown into the Federal First Military Academy

by her dead and resurrected dad.
With the difference between yin and yang

Ling Lan went away on the road of ruthless tyranny.
-After dying from a strange terminal illness

Ling Lan was reborn into a world 10,000 years into the future.

Although she dearly wished she could just live a peaceful

and uneventful life in her new healthy body, fate had other plans…

After much difficulty, she finally turned sixteen when she could drop the charade.

a twist of fate results in her being thrown into the Federation’s top military boys’ school.

With these twists of fate, Ling Lan had little choice

one of cold and aloof dominance…

Cultivator from the future

The Strongest Snail Has A Mansion In The World Of Snails

Atelier on the Sunflower Hill