I’ll Be The Warrior’s Mother 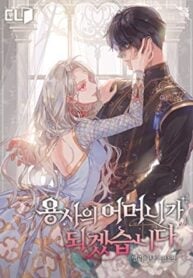 “You may be my wife but, I won’t lay a single finger on you.”

“Really? Then can I touch you?”

About 20 years later, the world will be in ruins because of the invasion of the beasts. There’s only one way to stop the destruction. To marry the duke who is called a monster, and have his child who will become the hero in the future!

“Are we going to continue to not do anything?”

I wanted to get it quickly out of the way, but my husband’s impregnable fortress is stronger than I could have imagined!

“Take it off! Why aren’t you taking it off?! Are your clothes part of your skin?”

Will Elena be able to safely give birth to the hero and save the world?

The Time of Rebirth