I Reincarnated As The Crazed Heir 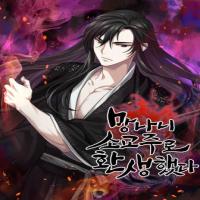 N/A, it has 9K monthly views

Once a rising martial arts master, Jagak Yang is known as the Ten Strike Finisher due to his ability to defeat any opponent within ten moves. Jagak is also the son of the leader of the Great Martial Alliance, an organization of virtuous martial arts sects. His future leadership over the martial arts world seems all but assured — that is, until he is assassinated by jealous rivals! Jagak is reincarnated into the body of Cheonso Ma, the playboy second-in-command of the evil Shining Light Cult. Can Jagak remain true to his principles despite his new life on the dark side?

The song of love

The Call Of Animals