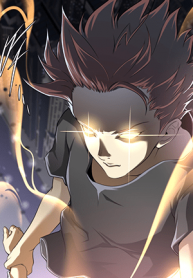 It’s nice to be a god, but what do you mean a random raffle!!! Choi Yil Young, a guy who has nothing, or looks like he has nothing, is a “normal” student who is always being teased and called a loser. He may look like a loser, but he has some secrets that no one knows about. First, he comes from a very rich family, and the second secret is even more surprising. He was actually selected to be a god!! A god is a god… but he’s still a bit reluctant. He didn’t receive recognition for some great skill or anything, but he just became a god from the Jade Emperor’s random drawing. Choi Yil Young was selected as a god without him even knowing. However, behind all of this was an even greater secret… The adventures of the student Choi Yil Young, who became a god through a random raffle, begins here!!

Evolution Begins With A Big Tree

Pendant of the Nymph

I don’t write what I should write