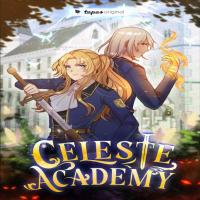 What’s worse than going to school? Going to school in another world to become a… knight?! After accidentally witnessing a sword-wielding woman slay a demon in the streets of Boston, Valeriana is kidnapped and forced to enroll in the magical Celeste Academy. It would’ve been great if she fit right in, but while everyone’s learning to use their magic powers to protect the world of Valemnia from demons, she’s stuck being the only human in class! To make matters worse, the demons are getting stronger. Not only is Valemnia in growing danger, but Earth could be their next target. Surely demons can wait to destroy the world until she gets her life together, right?

The Evil Girl is The Emperor

To You Who Swallowed a Star

The Lost Lady and the Crimson Duke