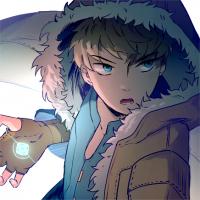 A former heir to the throne, Jinsei Kimura is now a fugitive on the run from the very empire he once called home. Now, to clear his name, Jinsei must fight alongside a team once sworn to deliver his head – working together to uncover the truth behind the coins that power their civilization. In a world without trust, where long-time allies are now enemies, can Jinsei harness the power of the Spirit Coins to find his own personal redemption?

Preference for the Possessor

Return of the Mount Hua Sect