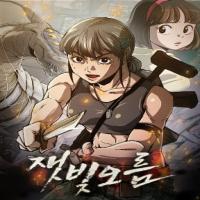 In a world on the verge of extinction due to an alien invasion,
Han Oreum, who continues to lead a military life while raising her daughter Goo Cho-rok alone,
is attacked by a strange creature during a civilian rescue operation.
She hurriedly evacuated her daughter and her survivors and fought her monstrous creature, but
waiting for her to come back alive is the corpse of her brutally murdered children…

Do Not Mess With The Stupid Concubine