A Breakthrough Brought by Forbidden Master and Disciple 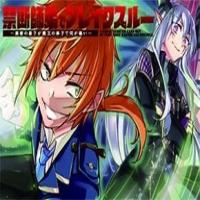 “Compared to our time, the current generation just aren’t as reliable” they said, “Still, isn’t he the son of the Hero?” How annoying.

It’s been over ten years since the battle between mankind and the demons ended. The children of the heroes who saved the world are all grown up.
One of them, Eirth, was a talented man, and everyone expected him to succeed his father as a warrior and defend his country, but Eirth was always wary of his father’s title.

One day, Eirth is shocked to find his father’s sword, which was used to overthrow the Demon King, sealed in his family’s mansion.
Because trapped within was the ghost of the Great Demon King who was unable to pass on and continued to roam the world.

“I have a grudge against your father. If you want to get back at your father and the world, I’ll train you. I’m free.”

Eirth receives special personal guidance from the Demon King just to get back at his parents and the world.
Then, in the coming days. The hero parents, the heroes of the past, the first love, the princess childhood friend, the geniuses of the era, and the world will tremble.