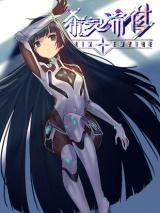 Xyrin Empire manhua, Hilling EmpireThe legendary tale of the Xyrin Empire is not about its struggles or the tempest of another world or some cultivation myth. This is a super-serious, super-hard sci-fi manhua about saving the world.Take what I’m saying seriouslyNot.Okay, this is just a funny story about a deceptive human emperor, bringing his bunch of slippery alien leaders to have fun saving the world every day.Chen Jun is an unmotivated otaku who turns into the Emperor of an ancient intergalactic magic sci-fi empire. With the aura of a stay-at-home dad, he is nothing but a middle-aged man who adopts a group of lolis and an army of freeloading aliens that came out of nowhere. Er, what?Ahem. Really though, this is a super-serious story a super-mega-ultra-serious sci-fi story.For the Empire!

I’m Not The Hero!