Travels of the White Flame 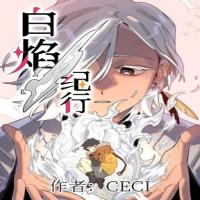 N/A, it has 5 monthly views

To investigate the truth behind his sister’s sudden disappearance, a rookie Enforcer arrives at the special zone city of Laia, where unlawfulness runs amok.

But when he bumps into a mysterious amnesiac with an unknown identity, he is forced to cohabitate with him.

Numerous strange signs hint that his identity might be more than what he had imagined, and he soon discovers that the monsters depicted in myths may not be myths after all…

Leveling Up My Husband to the Max

Reborn As The Strongest Swordsman

The Heavenly Path Is Not Stupid

Love Advice From The Great Duke Of Hell