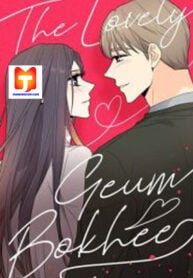 Geum Bokhee’s first love, Yoon Geonwoo, was someone who could never return her feelings. But she held on to her one-sided crush for seven years. But everything seems to change when she encounters Kim Geonyi, a grumpy classmate whose name is similar to Geonwoo’s. Though she takes an interest in him, he doesn’t share her sentiments… or so it seems. Will this new relationship finally end Bokhee’s unrequited love, or steer her toward an ending she doesn’t expect?

Bok-Qi is a stunningly beautiful girl with an unusually pure heart, albeit lacking in savvy. She has had a life-long crush on Gun-Woo, who came to live with her family when she was a little girl. When Gun-Woo returns to Korea and begins to be involved in Bok-Qi’s life again, her candid love towards him begin to have a ripple effect on people around her. Could Bok-Qi and Gun-Woo’s relationship develop into something more than a pseudo-sibling relationship? It won’t be easy with Gun-Woo’s perfection-seeking girlfriend, So-Hyun, in the picture.

A School Frozen in Time

Return of the Legend