The Legend of Qing Emperor 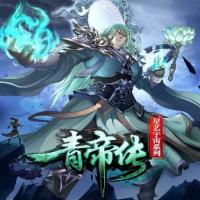 Wan Qing, a student of the Department of Archaeology, discovered the site of the ancient palace in Kunlun Mountain, and his body has changed. Therefore, he inadvertently got involved in an eternal war and traveled across the Big Dipper star field beyond the starry sky. In the Big Dipper Star Territory, Wan Qing obtained the inheritance of fairy artifacts. In the era of the immortal territory, he defeated the immortals, resisted the dark turmoil that swept the universe, and finally became the great emperor of the monster race.

I Became the Wife of the Monstrous Crown Prince

Pampered By My Rich Husband

The Strongest Snail Has A Mansion In The World Of Snails