Take The Crown, I Shall Become A King 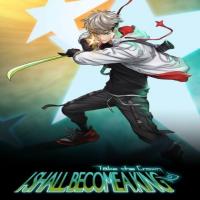 Yuan Go, a university student suffering from a terminal illness was caught up in an incident and obtained a supernatural system that could cure him, but only after he defeats Nine Kings with powerful abilities.

He accepted the task and later found that the system had given him a skill called [Domination] : An enemy defeated by his own hands, must unconditionally obey his command once!

Follow Yuan Go as he defeats powerful existences and become a king on his own rights.

Return From the World of Immortals

Even though I’m a super timid noble girl, I accepted the bet from my cunning fiancee!

Kyouraku no Mori no Alice

Rebirth of the Grandeur Kingdom