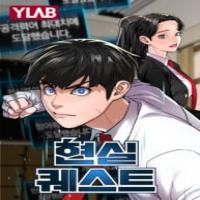 Reality Quest is a Manga/Manhwa/Manhua in (English/Raw) language, Action series is written by Updating This Comic is About
Due to the school bully’s threat to get him game items, Ha Do-wan, the unlucky game shuttle, died after playing games all night long for a week. The moment he died, he got respawned to the classroom one week before he died… Everything is the same as that day. The only thing that has changed is the floating in front of him! What? Use the skills of the games I’ve played so far to beat the bully?!?!

God’s Activity in a World Without Gods

Insects of the Night

Since The Red Moon Appeared