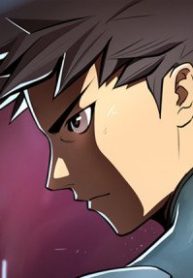 Around 50 years ago, after the Korean War, Demon World Gates appeared abruptly all over the world.
Through the Gates, Demon creatures appeared. These otherworldly beings, utterly impervious to modern weaponry, rained destruction across the world. Just when all hope for humanity was lost, the “Masters“ awakened: humanity’s one chance for salvation. With the appearance of these entities, the world began to change rapidly. Fast forward to 50 years later… We meet Gang Kyu Sung, who had worked for a small company as a deputy who could never catch a lucky break nor even got promoted. That is, until he happens to awaken as a Master…? A Rank 5 Master who had once been ignored and scorned- Thus begins the uprising of a man who works his way up from the bottom!