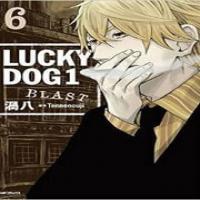 Gian Carlo Bourbon Del Monte, a young member of the mafia, is better known by his nickname “Lucky Dog” due to his incredible good luck.
Despite knowing that he can escape with just a little effort, Gian decides to take a break from the fast-and-furious lifestyle while being imprisoned in a maximum-security jail. But when four young mafia captains are captured and brought to the same prison, the Boss of their syndicate makes a certain request of Gian…