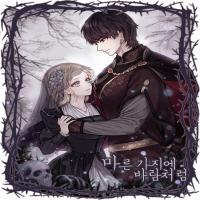 As plague and turmoil afflicts the empire, enchanting widow Rieta Tristi finds herself at the mercy of a malicious nobleman and his dying wish to have her buried alive beside his corpse. The plague has taken her husband, slave traders have taken her young child, and now her own life is at risk — until an unexpected visit from the empire’s outcast prince changes everything.

Count Casarius fell victim to a plague and died suddenly, leaving behind a will stating that Rietta, a beautiful young widow of the manor, whom he tried to use as a concubine, be buried alive alongside him. Just before Rietta is buried, Archduke Axias, rumored to be a cruel tyrant, arrives at the funeral to collect the enormous debt Count Casarius still owes him.

“Everyone here seems to feel sorry for her, and I still have a debt to collect from Casarius… If I take her instead, I think all of you here should be happy,” he smiled, “Hello, my temptress.”

Tales of a Shut-In Demon

Legends of the Swordsman Scholar

I Became the Tyrant of a Defence Game