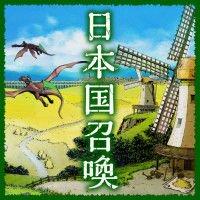 In the Great Orient, lies the continent called Rodenius.
One day, an unidentified flying object arrived at Qua-Toyne Principality’s airspace. The unidentified flying object defied the Principality’s common sense. But that unidentified flying object was just a harbinger of something even more shocking.
Far to the eastern sea, a group of islands suddenly appeared. The country of the islands called itself: Japan. According to them, their nation had been transported to another world.
Now finding themselves separated from their old world and must survive in the new one, how will Japan interact with the native countries of this world? Will they greet her as a friend or as an enemy?
This is a story of the country called Japan as it was engulfed in the chaotic storm of the world.