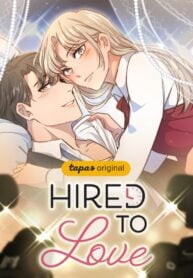 Henley never thought she’d see so many zeros on one check$10,000 to be billionaire Bennett Calloway’s fake girlfriend! And that’s just the advance! She’s barely scraping by, working two minimum wage jobs just to afford the worst apartment ever and the lawyer fees from her brother’s wrongful conviction. Calloway is rude and entitled, but the opportunity seems too good to pass up. The only catch? Don’t fall in love. In desperate need of cash, Henley finds herself caught up in a whirlwind business arrangement, pretending to date Calloway so his mother will ease up on the pressure for him to find a wife. But once Henley is enmeshed in Bennett’s world, he falls for her, and she starts to develop feelings for him as well. Despite her romance with Bennett, it’s clear something is wrongare the Calloways involved in the conviction that put her brother in jail? What secrets are their family hiding? Journeying deeper into a world of wealth and conspiracies, Henley is forced to rely on Bennett. But how much can she really trust himwhen doing so could cost her everything?

The Weakest Occupation “Blacksmith,” but It’s Actually the Strongest

The King Of Bugs

The Villainess Wears an Idiot’s Mask