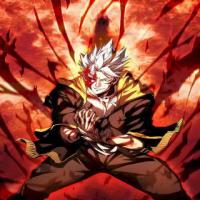 Here’s a Punch is a Manga/Manhwa/Manhua in (English/Raw) language, Fantasy series is written by Updating This Comic is About
Li Xing, a college student, found a job with the help of the enthusiastic foreman. Unexpectedly, the contractor had another background. Li Xing was also sold to the underground black gang and became a living commodity of human organs on the black market. On the operating table, Li Xing woke up, fought back and escaped from the hospital of the black organization. Li Xing, who was hunted down by the black organization, fled everywhere. At this time, he found that his body had changed…

Beware of the Red Thread

Kyouraku no Mori no Alice

Rebirth of the Grandeur Kingdom