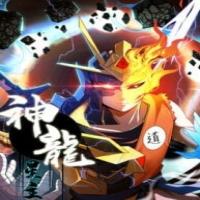 Dragon Star Master is a Manga/Manhwa/Manhua in (English/Raw) language, Action series is written by Updating This Comic is About
After a “betrayal”, Gu ZhengFeng was heavily wounded that he was put to sleep and recuperte until the loud noise of the laying foundations finally woke him up a thousand years later. What he didn’t expect was the fact that despite being born a conscientious dragon, he woke up and became an evil one instead. And where has all his treasures gone?!