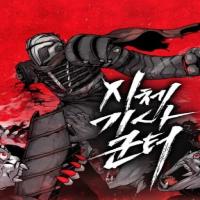 The war between humans and vampires will come to an end with the victory of the vampires, as expected by all. In the yet-to-be-invaded Holy Land of Bahal, after a concerted effort to counterattack mankind, he succeeds in creating a “corpse knight” who never dies and a “power source” that can move him, thus reviving the gladiatorial “Gunther” as a “corpse knight.”

The Healing Priest of the Sun