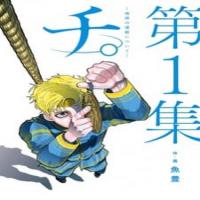 Sparks of the discoveries of the Renaissance are only beginning to burn in 15th century Europe, even as those who make discoveries are burned for their heresy. In Poland, a child prodigy named Rafal is expected to be another great mind in theology, but an encounter with a certain man leads him down the path to a heretical truth.

Note: Was ranked 2nd at the Manga Taisho Award 2021 and ranked 2nd at Kono Manga ga Sugoi 2022. Won the Grand Prize in the 26th Tezuka Osamu Cultural Prize awards in 2022.

From Concubine to Master

Oh, Be Patient My Lady!