Becoming A Sword Deity By Expanding My Sword Domain 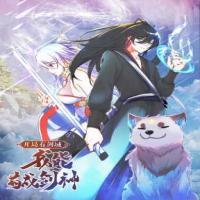 Becoming A Sword Deity By Expanding My Sword Domain Average 4.5 / 5 out of 4

Zhang Fan, who transmigrated into another world, finally became a cultivator but was framed by others and lost all his cultivation. Just as he was about to die, the system was activated and gods, immortals, demon emperors all became nothing to him. The invincible Zhang Fan wanted to tear apart the skies with one strike, however, there was a limit to the range of his sword domain. In order to get the experience points required to increase its range, Zhang Fan had no other choice but to lure evil to himself. From then on, a new legend of him conquering gods and overpowering countless rulers appeared in the world.

To Aru Kagaku no Railgun