A Beast Tamed by the Villainess 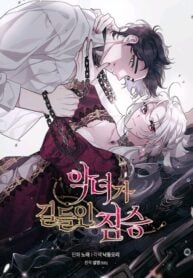 I’ve posessed the body of the sociopathic villainess, Illyana! An evil villainess who picks up a boy named Magnus and raises him however she pleases… that Illyana is me?!

“I am going to tame you into a beast that cannot do anything without me. Just as you had done to me.”

And after 2 years, he who had become an emperor began his revenge. Excuse me, author! Illyana was the sinner but why must I suffer his vengeance? I was just a normal reader named Yuna! (Anilist)

The only real villain in the novel, took a handsome man and tamed him for the rest of his life. After putting his fear to the limit, he learned to plead with her, becoming a beast from which he could never escape even if he loosened his leash. However, one day, the beast falls in love and becomes emperor with the woman who saved him, and plunges the evil woman into an eternal bondage.

The Story of the Hated Mule

Presenting My Sadistic Manager With Stupidity

The Former Hero was Called as a Failure and Expelled From His Home, Decided to Live on His Own

The Wish of a Gangster

After Ten Years of Chopping Wood, Immortals Begged To Become My Disciples